Polyacrylamide (PAM) is not only used as efficient flocculants, but also used as an excellent thickener because of its high viscosity of aqueous solution. Polyacrylamide (PAM) can be used as additives for various purposes in oil production, such as drilling fluid, fracturing fluid and polymer flooding to improve oil recovery (EOR) because of its properties in thickening, flocculation and rheological properties. In petroleum exploitation, how to design and select its composition and structure, such as molecular morphology, molecular weight, ionic charge, and correct dosing technology is critical to specific application.

Polyacrylamide (PAM) is a high molecular chain polymer, which could wrap debris and make it difficult to disperse the debris into hydraulic drilling fluid. The debris can be separated from the mud by vibrating screen to remove harmful solid phase in the mud. Polyacrylamide also has a good friction reduction effect, can significantly reduce the friction between rotating drill pipe and borehole wall, and the friction between solid particles and solid particles in the mud, so drilling torque and circulating pump pressure are reduced. 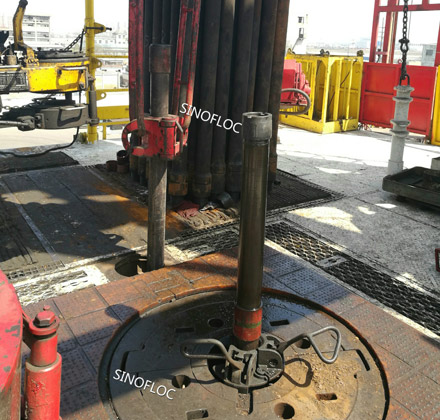