The Application of Water Retaining Agent

Superabsorbent polymer (SAP) could be used as water retaining agent, which is a kind of functional high polymer materials with special ability to absorb water. In agriculture field, it is compared to “micro-reservoir” by people because it features non-toxic and harmless, repeated water release and water absorption. At the same time, it can also absorb fertilizer and pesticide, then release them slowly to increase the fertilizer and pesticide effects. Super absorbent resin is widely used in agriculture, forestry, horticulture and building materials.

The whole world has been watching the event - drought. Since the 1950s, with the rapid industry development and the rapid population expansion, the problem of climate warming and drought is becoming more and more prominent. So, scientists from all over the world must begin to study effective ways to solve the problem - drought. In the 1980s, the absorbent composite was produced. Then it develops rapidly because it can improve the salinity tolerance of super absorbent resin, the water absorption speed and the strength of hydrogel after water absorption, etc. In recent years, scientists have begun to study the blending technology of absorbent polyblend, which provide a broader prospect for developing super absorbent materials. 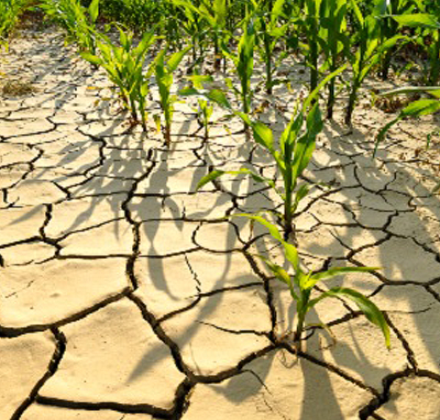 The water absorption principle of water retaining agent is the same as the general SAP. It is formed by the expansion of tension (which is produced in water the polymer electrolyte molecule chain amide base and/or carboxyl group) and the expansion of tension (which is produced because of the restriction molecular chain of intersection point) interacting each other. Polyacrylamide, for example, there are a large number of amide and carboxyl hydrophilic group in the water retaining agent. By osmotic pressure (which is produced by concentration difference between resin internal ion, base group and the aqueous solution related components) and the affinity (which is produced by polymer electrolytes and water), a lot of water can be absorbed until the concentration difference disappeared. However, rubber spring can control water retaining agent to achieve satisfactory water absorption level. The higher crosslinking degree of the molecular structure is , the stronger the rubber elastic force is. And the equilibrium point of the rubber elastic force and the suction force is its apparent absorption capacity. Water retaining agent does not dissolve in water, but it can absorb water which is quite into one hundred times its weight. Water retaining agent can effectively inhibit the water evaporation. After the water retaining agent is infiltrated in soil, to a great extent, the water evaporation is suppressed, the saturated water content of soil is increased, and the saturated water conductivity of soil is reduced. So, it can slow down the speed of soil releasing water, reduce the loss of the soil water infiltration and achieve the goal of catching water. It can also stimulate crop root growth and development, increase the root length and the root number. Finally make crop keeping good growth under drought condition.